A few days shy of exactly 3 years ago, I woke early, made coffee, opened a text app on my computer and started to write.

It was as if the message had come to me in my sleep.

“It starts with love.” 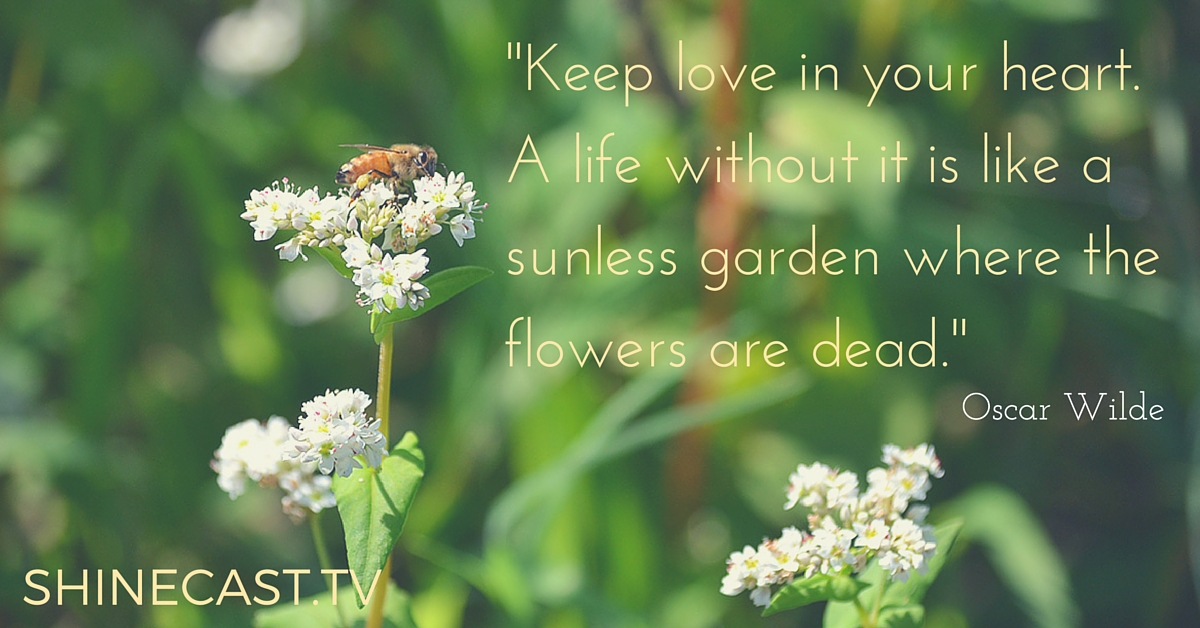 If Martin Luther could have 95 theses to kickstart the Reformation, perhaps I could kickstart a happiness revolution that helped guide others along their unique paths to wisdom and a happy life, with health and wealth thrown in as the bonus.

Although the words I typed on the page that morning—February 9, 2012—seemingly came from beyond myself, the substance, the meaning, the message represented by the words had been emerging from an extended period of heartfelt reflection, journaling, prayer, seeking.

At that point, I’d finally realized that the path to a happy life is all about the journey and that all of the pieces of our life have to be aligned and integrated. I’d started to discover the elemental grains of wisdom that help us deal with obstacles on this journey, along our path to health, wealth, wisdom and happiness.*

I was in a Situation that had taken me entirely by surprise. Looking back, I could see the warning signs flashing like those yellow blinking hazard lights signaling the road ahead is under construction and you must exist now. You know that if you drive any farther you’ll crash through barricades into a massive pile of rocks or drive off a cliff.

In fact, I was having that exact dream on a regular basis. Driving, warning signs, brakes failing, careening off the highway, waking before the crash.

At the beginning of The Situation I had a gnawing  feeling that something was amiss, but it was vague. I had ignored my gut and chose what I thought would be the safe route when I arrived at a fork in my journey. By the time the flashing warning lights were clearly visible, it was too late to escape.

Love Keeps No Score of Wrongs

It was a struggle to know how to respond in The Situation. It sometimes seemed like I was surrounded by the cold, empty darkness of a Dementor.

Work harder, that would be my ticket. I was raised to do my best, to never quit. To overcome obstacles.

I would adapt and I would work harder.

Working harder didn’t work. Each time I made it through one obstacle course erected for me, I found a new one in my path. I’m not casting blame. Just stating the reality of The Situation.

As the third year of The Situation began to unfold, the dark force grew stronger, just like Voldemort.

I focused on forgiveness. I prayed for the capacity to love even my enemies—even though I’d never before had an enemy and was extraordinarily confused by everything I encountered. I prayed that blessings be bestowed on everyone even remotely involved. I prayed for deliverance. I began to realize that the only way forward was to find a way out, to move on.

I’ll be honest, it hurt. I had never failed at anything. And even though the objective evidence was in my favor, there was another force that was writing the script and no one else would be allowed to critique or revise that script. Propagandists know quite well that propaganda usually comes to define reality.

But I forgave. I prayed for blessings on this individual and the individual’s family. I still often pray that they are blessed and prosper.

That year, 2012, was also the year of my 50th birthday, so I decided to go all-in on a disciplined spiritual practice to better understand myself, and to try to discern how and why the series of choices I’d made had left me—by objective professional standards—a failure. Along the way, I’d thought I was doing the right thing and I was confused about how I’d ended up at my destination.

Rather than perpetuating any past mistakes within my control, I intended to be deliberate in identifying and pursuing Plan B. [I’m now up to Plan F, which is how I ended up writing this post.]

What began to emerge through all of the reflection in 2012 was not a better understanding of what was happening professionally. Instead, I experienced the revelation that—despite the detours and seeming setbacks—for maybe the first time in my life I was happy and content in my life.

Nothing had turned out like I’d expected at age 17 when I graduated high school and took my first faltering steps into adulthood. Nothing.

And yet—on the cusp of the big 5-0—I was in a good place. I was happy. I was healthy. I felt like everything I’d experienced throughout the past three years (and what I learned from earlier challenges) had yielded some degree of wisdom. I had no financial wealth, but I had good memories and friends, a family who cared for me. I had my dogs and cats, I loved nature, the outdoors, dirt and earthworms and good food. I had talent, I had ideas, I had energy, I had hope.

As the spring gave way to summer 2012, I realized that there has never been a time like the present to step out and do something new. To start something new better reflects the person I was (and am) long before I tried to be a professional success.

I turned my attention away from figuring out how achieve success on a career path that suddenly felt like I was wearing an outfit designed for another era.

I decided to focus on figuring out how to take my happiness, my talents, and my understanding of the expanded horizons made possible by the internet to offer something of value to others, to serve a higher calling, to pursue my destiny.

I would go back to the beginning and rediscover the “me” hidden beneath all the sedimentary layers deposited by credentials, experiences and time. The Real Sheree.

The first step was crafting what I came to call the Shine Values and Vision statement.

Backstory on how I came to use the word Shine as the centerpiece of what I’m doing here and elsewhere.

At this point, I’m skipping ahead a few months because those details aren’t particularly relevant. Much of my exploratory exercises from September – December are described in blog posts at ShereeMartin.com. 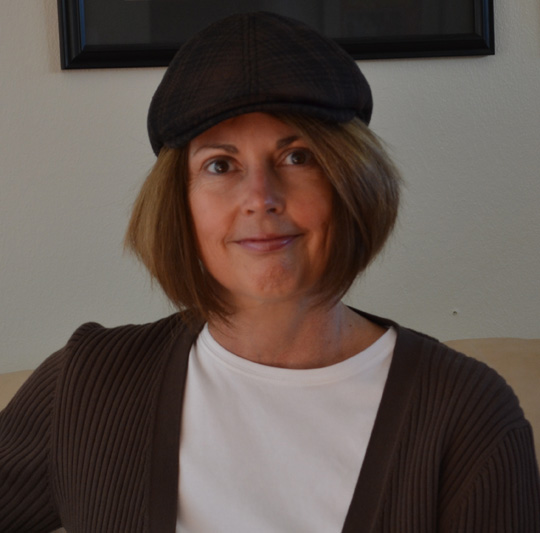 The night before my Happy Life Manifesto writing session, I downloaded Kamal Ravikant’s book, Love Yourself Like Your Life Depends On It, and read the whole thing before turning off the light that night. I’d recently listened to Srini Rao’s interview with Kamal and knew that I had to read his book.

Suffice it to say that Kamal’s message resonated. I felt that my revelation of happiness in spite of many disappointments had something to offer others who might be struggling with their own version of disappointment and despair.

The dashed dreams and missed opportunities of my professional life aren’t really that unique. But when the veneered layers are peeled back, there’s much more to my hero’s journey and it’s scary to talk about. Brené Brown is spot-on about vulnerability.

Love has been the one consistent presence in my life—what has kept me going, even when I felt as if the quicksand was pulling me under.

Where love is, there you will find forgiveness.

Three things last forever: faith, hope and love. And the greatest of these is love. 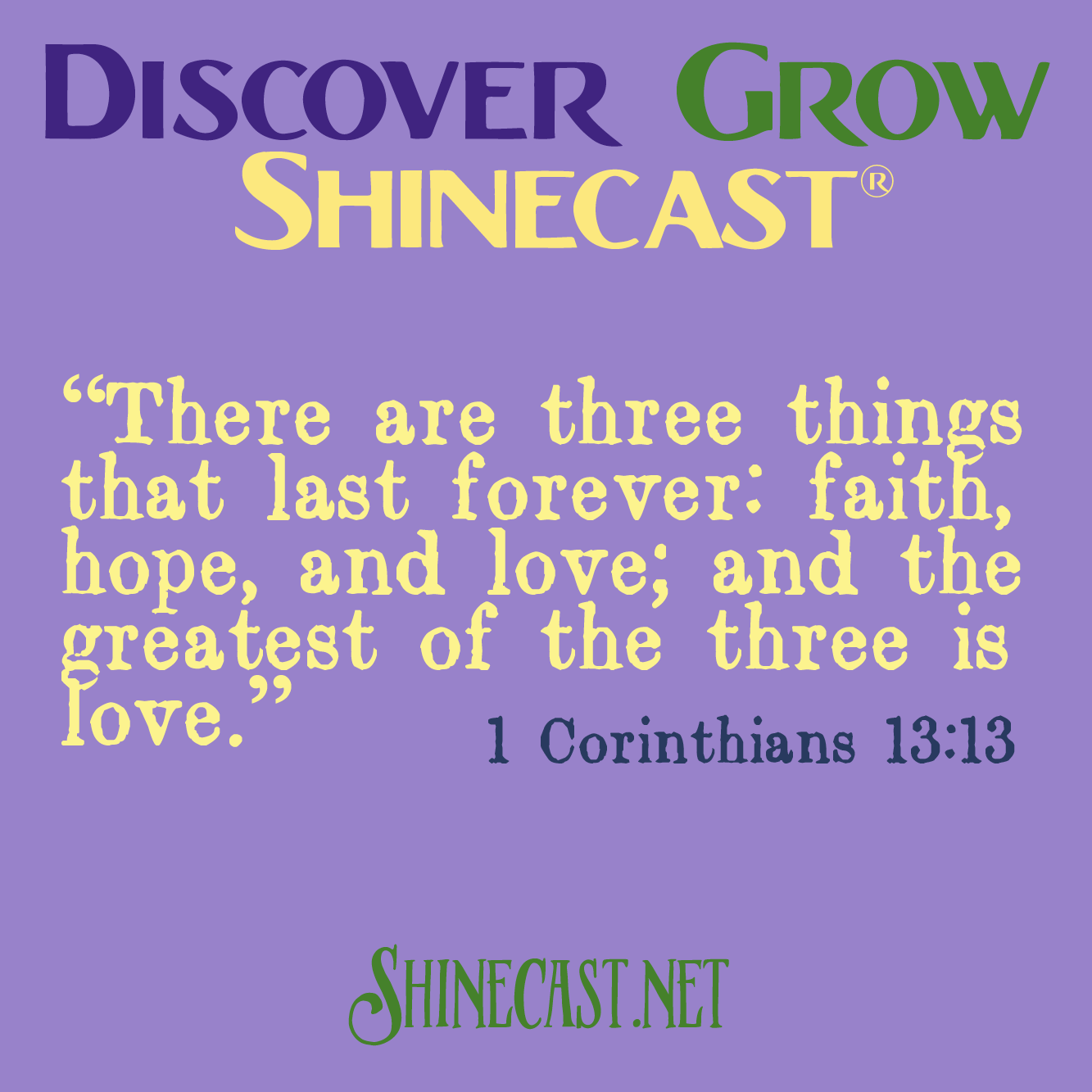 Once I wrote my first draft, the Resistance kicked into high gear. I couldn’t break through. I could see the other side but I was, literally frozen. I couldn’t write anything.

Eventually—months later—I thought that if I started to publish pieces of it, I might be able to move forward.

So in November 2013, I released several blog posts that listed, numerically, the theses as I’d originally written them. You can read Theses 1 – 10 of the original Happy Life Manifesto here.

I wrote, but nothing substantial. I danced around the topics that I felt I was called to write about.

Two years later, in October 2015, I finally started to write bits and pieces of stories that might be relevant. I wasn’t sure. I just started typing: Vignettes, scenes, essays, stories. Thousands of words sit, unpublished, in various documents on my computer.

Pages and pages of notes in my journals and writing notebooks explore the ideas and stories about love and all comes from love and how love must be the fuel to propel your life forward and the gravity to keep you from drifting into oblivion.

I have, for the most part, been unable to publish what I’ve already written or write what I’m supposed to be writing. When I do write and publish, I bury the details in the shadows or beyond the point that most people will read in a blog post.

Out of the Woods

In December 2015, I felt intense despair for much of the month, but Grace returned along with Christmas. As Wendell Berry once said, “It gets darker and darker and then Jesus is born.” Light began to filter in through the cracks. January was better.

I’ve come to understand and accept that the only way I’m going to get out of the woods is to write this stuff and share it.

If you’ve read this far, I hope my words will be helpful. My protestations that no one wants to read this stuff from me have been pronounced irrelevant to the assignment I’ve been given.

This is part 1 of a multi-part series on the power of love. I think it’s the message I was meant to write in February 2013 (at least some of it) but I still wasn’t quite prepared to write at that time. Over the past couple of months, it’s become increasingly obvious to me that I would not be allowed to move forward on my journey until I fulfill this assignment.

*A lot of people have been sharing a similar message online over the past couple of years. But I wasn’t hearing or reading this message from others in 2012. I discovered Gretchen Rubin’s work shortly thereafter, while researching domain names, but that’s not immediately relevant.