How often do we fight to avoid being broken?

Another sub-title might be: Getting lost on your journey.

For the past six months I’ve worked hard—very hard—on several projects that I thought were going to be important pieces of the Shinecast media “empire,” even though these projects weren’t the core pieces of what I consider the Shinecast vision and mission.

That last part should have been the first clue: These projects weren’t part of the original Shinecast vision.

Maybe a bigger clue should have been my only-half-joking reference to the Shinecast venture as a media “empire.” In reality, for the most part I was seeking operate out of my own strength—trying to work my way to success and acclaim—because success is a sign of worthiness.

Hubris will do that to you.

My reasons for pursuing the misguided activities were more aligned with personal success, recognition and financial remuneration than anything to do with the mission I feel I’ve been given to work on….whole, integrated, sustainable living, an authentic life, a happy life, a life that has love at its core.

This blog post was originally going to include several paragraphs explaining the past several months and the specific actions and activities that led me from hope and faith into fear, doubt and despair. I decided the gory details weren’t relevant to this post. I’ll share those another day.

Here’s the gist of it:

About two weeks ago, I surrendered. I admitted defeat in trying to make this all work through my own efforts. I acknowledged that I’d strayed from the original vision, that I’d (yet again) broken a lot of things in my life by feeding my ego, and that I had no power, no capacity of my own, to fix any of it.

From Faith to Despair and Back Again

Since then, I’ve been back and forth between hope and faith that all will be well to resignation and despair….and back again. Right now, I have faith.

I’ve also been writing. Not as much as I should have written, but I’ve been writing. And every time I write, I sense a little glimmer of light flickering in the darkness.

Last night, looking to end the night on a positive note, I pulled Anne Lamott’s Plan B from my bookshelf. It’s been a few years since I last read it.

Since I’m entering what might best be called Plan F…for Faith in the Face of Failure, Anne Lamott’s Plan B seemed like a good choice.

As is often the case, we’re given the message we need, just when we need it. That’s certainly been the case in my own life for the past few weeks.

“Usually, if you pray from the heart … light gets in through the cracks, so you can see the next right thing to do. That’s all you need.”

In this essay, Lamott didn’t get the immediate guidance she felt she needed and was “more stuck.”

Then, she says, she remembered hearing Wendell Berry speaking at a coffeehouse, “It gets darker and darker and then Jesus is born.”

Lamott said that, remembering Berry’s words, inspired her “to practice radical hope, hope in the face of not having a clue….[to believe] God heard and was working on it.”

Just as in Anne’s case, in my own attempts at prayer over the past few months in the face of what I knew wasn’t working out “as planned,” I did not that I was getting immediate guidance. I was pretty certain I was on the wrong track, but perhaps it was my ego that wouldn’t let me receive the guidance.

In recent months, just as was the case nearly two decades ago when I left my legal career to focus on writing, I distracted myself by focusing on “how to make a living” from and through the Shinecast vision, when perhaps that has not been God’s plan.

I don’t know God’s plan. God’s ways are not my ways. I know that my ways have not worked out very well; hence, Plan F. 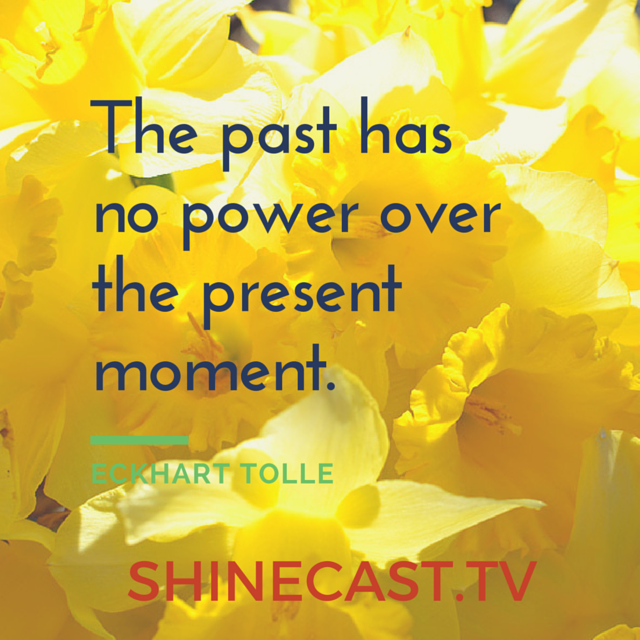 The first lines of the Happy Life Manifesto, which I wrote in February 2013, are:

It begins with Love.

Writing those words changed the trajectory of my own journey and yet I’ve allowed myself, repeatedly, to be stymied by Enemy Resistance which has played on every part of my insatiable human ego that seeks to be fed through acceptance, recognition, fame, respect, financial wealth, comfort and security.

Two weeks ago, I acknowledged that I’d failed because I was attempting to do everything either through my own power and/or for the wrong reasons. Consequently, I’d strayed off course because I’d sought to act outside of what I was supposed to be doing.

Thanks to the power of the selfish human will and the desire to be comfortable, to be respected, to be “successful,” most of us will ignore or postpone the actions which we must perform if we are truly seeking to be vessels for God’s work here on earth. I’ve been guilty of this for the past year, at the least, and I’m guilty of this in the past, as well.

We have a hero’s journey to undertake. So far, on my own journey I’ve overcome a LOT of obstacles but I haven’t progressed very far toward my destination. I think, thus far, I’ve mostly been going in circles on my journey. More on that in the future, as I had an epiphany about THAT recently.

It suddenly occurred to me—as I’m writing—that we perhaps we aren’t called to “do” God’s will.

We are called to open ourselves, to surrender our self, to allow God’s divine energy to shine through us to illuminate the world to some degree. I think that is God’s desire for us.

We are the lamps through which God’s love can shine on others.

Perhaps the more cracks we have, the more light gets through.

I think that was Anne Lamott’s point.

Postscript: I also seem to recall reading about cracks and light elsewhere in recent months, but let the message slide past me, and I’m looking through my journals trying to find the reference. C. S. Lewis, perhaps? Or was it Harry Potter and the Deathly Hallows?

Update, November 9, 2015: I found the other reference. It’s from Leonard Cohen. I suspect that a second version of this post is coming soon.

Ring the bells that still can ring,

There is a crack in everything.

That’s how the light gets in.